Skymania offers advice for beginners to amateur astronomy, and news about what they can see in the night sky. We also have a guide to the Solar System and advice on buying a telescope. There is also an archive of news stories about developments in space science, written in clear English.

Meet our team of Skymaniacs!

Paul Sutherland has been a professional journalist for nearly 40 years on titles including the Daily Mirror, Today and The Sun, which dubbed him “The Sun Spaceman”. He writes regularly for science magazines including BBC Sky at Night magazine  Astronomy Now, and Popular Astronomy, and was also news editor and chief writer for the space website SEN, plus he has authored three books on astronomy – the latest, the Philip’s Essential Guide to Space – and advised on others. He is a member of the Association of British Science Writers and a Fellow of the Royal Astronomical Society.

Osnat Katz is a physics student based in Manchester. She says: “When I’m not studying, I talk to people about physics, maths and coding, including contributing to Skymania News and Popular Astronomy magazine.”

Kulvinder Singh Chadha is a freelance science writer and former Assistant Editor of Astronomy Now magazine. He has written for Physics World and BBC Sky at Night magazines, and is an astrophysics graduate from Hertfordshire University. He had the honour of representing the institution as a team member for their first-ever TV appearance on University Challenge.

© Skymania.com. Unauthorized use and/or duplication of this material without express and written permission from this site’s author and/or owner is strictly prohibited. Excerpts and links may be used, provided that full and clear credit is given to Skymania.com with appropriate and specific direction to the original content.

Buy a Moon clock or watch! 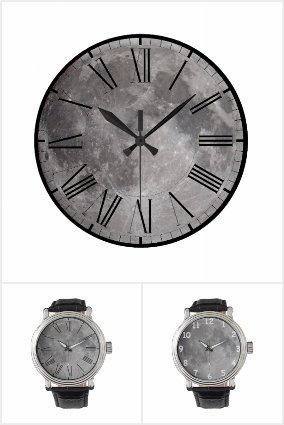